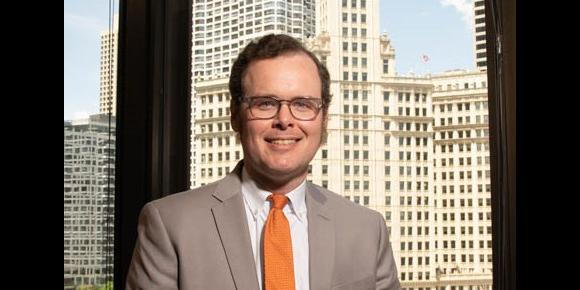 On August 31, 2022, in the case of Joshua Payne-Elliott v. Roman Catholic Archdiocese of Indianapolis, Inc., the Indiana Supreme Court unanimously upheld the dismissal of a lawsuit filed by a former Catholic high school teacher against the Archdiocese of Indianapolis. The case arose from the teacher’s firing by his Catholic high school employer in light of the teacher’s same-sex marriage. The Court held that Indiana’s Church-Autonomy Doctrine barred the plaintiff from filing suit against the Archdiocese.

In this case, the plaintiff alleged that, from 2006-2019, he was employed as a teacher at Cathedral High School, a Catholic high school sponsored by the Brothers of Holy Cross. In 2017, the plaintiff married his same-sex spouse, who was employed as a teacher at Brebeuf Jesuit Preparatory School, another Catholic high school in the Indianapolis area. In June 2019, Brebeuf announced that, despite receiving pressure from the Archdiocese, the school would not fire the plaintiff’s spouse for having entered into a same-sex marriage. Archbishop Charles C. Thompson subsequently issued a decree stating that, in light of Brebeuf’s position on the issue, the Archdiocese would no longer recognize Brebeuf as a Catholic institution. The Archbishop cited his “canonical responsibility to oversee faith and morals as related to Catholic identity within the Archdiocese of Indianapolis” and that Brebeuf “ha[d] chosen not to implement changes in accord with the doctrine and pastoral practice of the Catholic Church[.]” The Archdiocese gave Cathedral the same directive it issued to Brebeuf. However, unlike Brebeuf, on June 23, 2019, Cathedral’s President informed the plaintiff that Cathedral was terminating his employment.

The plaintiff filed suit against the Archdiocese of Indianapolis in the Marion County Superior Court, claiming that the Archdiocese intentionally interfered in his contract and employment with Cathedral, and that such interference was “not justified.” The Archdiocese moved to dismiss the complaint, asserting that its conduct was protected by the religious freedom afforded by the First Amendment of the U.S. Constitution. The trial court, after initially denying the Archdiocese’s motion, reconsidered its ruling and dismissed the plaintiff’s claims with prejudice. The plaintiff appealed the trial court’s ruling, and the Indiana Court of Appeals reversed the lower court’s dismissal and remanded the case for further proceedings. The Archdiocese then appealed to the Indiana Supreme Court.

In its opinion, the Indiana Supreme Court noted that the Archdiocese asserted three affirmative defenses to the plaintiff’s claims: church autonomy, freedom of expressive association, and the ministerial exception. However, because the Court determined that the first defense, church autonomy, applied, the Court did not examine the Archdiocese’s other two defenses. As to the church-autonomy doctrine, the Court explained that a civil court may not (1) penalize via tort law (2) a communication or coordination among church officials or members (3) on a matter of internal church policy or administration that (4) does not culminate in a criminal act. Here, the Court found, the plaintiff’s allegations satisfied all of these elements. Specifically, the Court found that the complaint rests on communications between the Archbishop and Cathedral: the “directive” for Cathedral to fire the plaintiff or no longer be recognized as Catholic. Furthermore, the Court found that the Archdiocese’s decision as to whether a school maintains its Catholic identity is an internal matter that concerns both church policy and administration. Finally, the Court found that the complaint did not allege that the Archdiocese’s conduct resulted in a criminal act. Accordingly, the Court upheld the trial court’s dismissal of the case, but allowed the plaintiff an opportunity to amend his complaint. Our firm will continue to monitor all developments related to this decision.